NU Online News Service, Feb. 21, 3:26 p.m. – The New York State Insurance Department is asking each licensed life insurer and accredited life reinsurer in the state to send it a detailed liquidity report by May 1.

The chief financial officer or the highest ranking financial of the insurer must sign a statement declaring that “he or she consulted with all appropriate persons to ensure the response is complete and accurate,” Gregory Serio, the department’s superintendent, writes in a Feb. 13 circular letter announcing the data call.

The department has included an 8-page attachment with the letter describing the data that must be submitted.

The first table also asks an insurer to describe which of the obligations it can defer for at least six months, and reinsurance receivable on the cash obligations.

A second table asks the insurer to give the market value and statement value of cash resources, including cash, investments maturing within one month, U.S. Treasury notes, U.S. Treasury bonds, other U.S. obligations, private placements, commercial mortgages and publicly traded stocks and bonds.

A set of interrogatories poses five questions to all affected life insurers and life reinsurers.

The department asks the insurer whether it has a formal, written liquidity plan; how it would respond to an immediate and material cash demand, such as a run on the company triggered by a rating agency downgrade; what the rating agencies say about it; what sorts of reinsurance arrangements it has; and what percentage of its assets it has invested in stocks and bonds issued by affiliated companies.

A carrier that has no written liquidity plan, and faces the possibility of having to pay out more by June 30 than it has in cash and U.S. Treasuries, must answer 14 additional questions.

Some of the additional questions ask about maximum cash demands associated with separate-account guarantees, such as minimum benefits guarantees; illiquid assets, such as commercial mortgages and real estate; and alternative methods for raising cash.

Eight of the additional questions ask for “top 10″ lists, which must name:

“If an insurer submitting information pursuant to this Circular Letter deems such information to be a trade secret or contends that such information, if disclosed, would cause substantial injury to the competitive position of the insurer, it may, at the time the report is submitted, request that the Department except such information from disclosure,” Serio writes.

The letter and the attachment are available on the Web at http://www.ins.state.ny.us/cl02_04.htm

What Can Charities Expect in a Recession?

The Fundraising Effectiveness Project looks back, and forward, at giving trends.

Many retirees who took RMDs before they were waived by the CARES Act can now roll the money back, says Ed Slott. 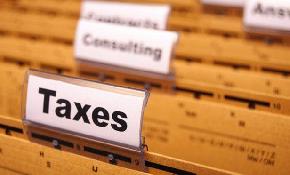 A survey of taxpayers found that mistakes on tax returns are extremely common.