Estate planning attorney Scott Squillace talks to ThinkAdvisor about how HNW clients can minimize taxes through charitable giving, loss harvesting and other strategies.

For the uber-rich and sometimes simply for the high-net-worth client niche, charitable giving through trusts and foundations is an outstanding tax-reducing tack.

Indeed, gifting is both giving and receiving: Give away assets, receive an income tax break.

For some fine points on this strategy, and more, ThinkAdvisor chatted with Scott E. Squillace, a life, business and estate planning attorney, and founder of the Boston law firm, Squillace & Associates.

He focuses on tax, asset protection and estate planning for an international clientele, including corporate executives, small business owners, physicians and attorneys. Squillace, who has also practiced law in Paris, Moscow and Brussels, wrote the new book “Whether to Wed: A Legal and Tax Guide for Gay and Lesbian Couples.”

ThinkAdvisor: Is gifting a good strategy to reduce income tax?

Squillace: It is. One way, especially if you don’t yet know where you want to make the gift, is to bookmark it using a donor advised fund: You can set up a fund that allows you to take the tax deduction in the year in which you make the gift. But it’s parked there until you decide which charities will be the [beneficiaries].

How popular is this one?

It isn’t well known. But it’s a really nice, flexible tool to take a charitable deduction in a year, for example, in which you get a big bonus or get some other extraordinary income. But you don’t have to send any money to the charities right away.  Once it’s set up, you turn on and off the spigot as to which ones ultimately get the gift. You have your choice of charities.

What’s the down side?

You can’t get the money back. Once it’s gone [committed], you don’t get it back. You have to be prepared to irrevocably part with it.

Yes. Those are kind of two sides of the same coin.

With a charitable remainder trust, you basically get an income stream for your lifetime, and then the charity winds up with money after you’re gone.

Where does the tax break come in?

With the piece that goes to the charity. You get to take the deduction in the year in which you set it up. So that helps a little.

And the charitable lead trust?

With this one, the charity gets the money while you’re alive, and your heirs – whomever you pick – wind up with the balance after you’re gone.  Like the charitable remainder trust, you can take the tax deduction in the year that it’s set up.

What about gifting to relatives?

Let’s say you want to give your kids some stock. If it’s worth more than the $14,000 a year gift, you’d file a gift-tax return using up some of your credit; the balance is used at your death.

Any other type of trust that helps in the income-tax department?

One [specialized] trust is called a qualified personal residential trust (QPRT). It’s a way to transfer a vacation home, or even your principal residence, tax efficiently.

Where do family revocable trusts fit in?

Those are just pass-through entities. They don’t help with tax planning; but they’re helpful for avoiding probate.

Tell me about foundations.

They’re like charities. Basically, a foundation is a private charity that has a whole bunch of rules around it and is pretty expensive to set up and maintain. So usually, unless you’re prepared to give away more than $1 million — though there’s no rule on that — it’s probably not worth setting up your own private foundation.

What should widows and widowers consider in connection with tax planning?

The big one is called a spousal rollover: If your spouse dies with an IRA and you’re the beneficiary, you can roll it over to your own IRA — but you don’t have to take it out and pay taxes on it. So it’s worth considering whether you need the money now or if you want to beef up your own retirement account.

If you roll it over to your account, what happens with the required minimum distribution (RMD) you’re subject to once you turn 70 1/2?

That applies to all IRAs, whether it’s your own or an inherited one.

What if the husband, 70 1/2 or older, dies and has of course been taking RMDs; but his spouse is, say, only 55. Is the spouse also subject to the RMD rule at that point?

Older generations, or even baby boomers, often don’t tell their children the amount of money in their estates and what they plan to leave them. How does that play out with the heirs’ taxes?

It’s hard to plan if you don’t know what’s coming down the pike. If you’re going to be inheriting money and are in the middle of the world’s worst divorce, that inheritance might go sideways if your parents haven’t planned properly. That’s why many people use trusts so that the inheritance can be protected from divorces and lawsuits.

What else should folks be aware of concerning divorce and taxes?

Alimony and divorce-settlement payments are not taxable from a gift-tax perspective. Therefore, you don’t have to use up the credit that I spoke of earlier. But if you’re paying alimony, that’s tax deductible. The person receiving the alimony, though, has to declare it as income and pay tax on it.

Is it a good idea for newly married same-sex couples — or any married couples — to mingle their assets?

Mixing assets is a personal decision: some people view themselves as one family unit; others like to have “my bucket,” “your bucket” and “our bucket.” Once you’re married, you don’t have to worry about the gift-tax limits because there’s an unlimited amount you can pass between spouses.

What about marital status and income tax filing?

When married, you can choose either to file jointly or individually — but you always have to file as a married couple. It’s usually worse to file individually because your itemized deductions get phased out quicker, and you get to the higher marginal rate quicker.

Is tax-loss harvesting — selling investments at a loss to offset capital gains — worth considering?

It can be a good idea, but it depends on whether or not you want to take the loss. The stock may be down now, but it may come back later. If you do it just to take the tax loss, you’ll miss the opportunity for the gain. You have to be careful about being sure that the tax tail doesn’t wag the dog and that you’re making the right investment decisions for the right reasons.

You also need to keep in mind the “wash sale” rule, correct?

Yes. You have to wait 31 days before you can buy it back — assuming that it’s going to be around the same price. So it can be risky.

Is it helpful tax-wise to domicile investments according to their tax efficiency?

Yes. A lot of people are looking at tax-exempt municipal bonds, for example. Even though they earn less than, say, a stock or a regular bond, they’re tax-free. All the people I know who are in the highest tax bracket don’t want to earn more money and pay more taxes, so they buy tax-exempt bonds. But that has to be tied in with your overall financial plan because you don’t want all of any one thing. You need to have some balance and diversification.

What about investors who have a very large position in a single stock?

What’s the tax impact to having a big holding in one stock?

Depends on whether it goes up or down!

Right. But at the end of the day, if you have a tax problem, that means you’ve made a lot of money. It’s a nice problem to have.

More from 21 Days of Tax Planning Advice on ThinkAdvisor:

Identity Theft Drops for Third Year in a Row: IRS

It credits an "aggressive" push involving interagency cooperation for the drop. 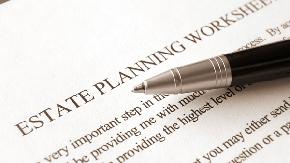 Under the proposed rule, such arrangements would have to be approved by the firm, said FINRA's Cook.