Political guru Andy Friedman predicts taxes will go up for your wealthy clients in 2013.

Election years always roil financial markets, but this year the situation is exacerbated by the European debt crisis and the ongoing debate on tax reform in Congress. With that in mind, political expert Andy Friedman of the Washington Update advised financial planners to prepare their affluent clients for higher taxes in the near future.

tax landscape and how it could impact their clients. William Lowe, presidents of Sammons Retirement Solutions, Inc., hosted the webinar.

Much of the currently uncertainty stems from the $2.1 trillion in spending cuts scheduled to go into effect in January 2012 under the debt ceiling agreement approved by Congress. At the same time the Bush tax cuts are set to expire. If Congress fails to act and those events transpire, many economists have warned that the U.S. will fall over a “fiscal cliff” into a deep recession that will see a 3.5% slowdown in GDP in the first quarter of next year, Friedman said.

Friedman stated that he doesn’t believe that dire scenario will come to pass. However, he did predict that taxes will go up for the ultra-wealthy, with one possible compromise worked out between the Congress and the president being the raising of the income level above which the tax cuts expire from $250,000 to $1 million.

He further anticipated some spending cuts will be implemented. If the spending cuts are not applied, the U.S. could face another downgrade, Friedman said.

For advisors and their clients, several tactics can be employed to mitigate higher taxes. In particular, Friedman recommended gifting strategies to transfer wealth while the estate tax exemption still holds at $5 million. “There will never be a better opportunity,” he said. “This is certainly a year to talk to your clients about gifts.” Yet Friedman added there could be a “slackening” of techniques used to set up trusts in the future.

On the political front, Friedman said he expects President Obama to win re-election. He said the no-tax pledge may actually hurt the GOP in the upcoming election. “There has to be a little bit of a tax increase,” he said.

Independent voters will likely determine the outcome of the race, so he said to keep an eye on opinion polls of independents. What could hurt the President’s chance of re-election most are if gas prices rise above $4 a gallon, Friedman said.

Friedman also spoke about PPACA and its potential impact. To pay for the act, a 3.8% Medicare tax will be imposed on taxable investment income over $250,000 as well a reduction in Medicare spending.

He predicted that a number of employers will simply not provide health coverage to their employees and instead pay the $2,000 penalty per employee since it will cost them less than providing health insurance. He said the penalties were set too low. Therefore, healthy people will not buy insurance unless they become ill, which means only sick people will be insured, driving up premiums and reducing insurer profits, Friedman said.

Next year, Friedman expects Congress to take a stab a tax reform. Yet he put the chances at success at 50/50. “The devil is in the details,” he said.

Sales of non-variable annuities went in a different direction. 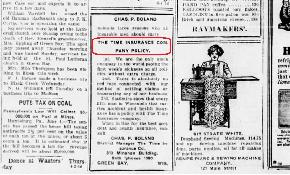 Regulators were cool to an effort to move an LTCI reinsurance arrangement to a new reinsurer.