An analysis by the CBO found on Tuesday that the long-term budget plan unveiled by Rep. Paul Ryan (R-Wisc.), chairman of the House Budget Committee, would increase the deficit relative to the GDP in the first 10 years, then would reduce it significantly after that.

An analysis by the Congressional Budget Office (CBO) found Tuesday that the long-term budget plan unveiled that day by Rep. Paul Ryan (R-Wisc.), chairman of the House Budget Committee, would increase the deficit relative to the GDP in the first 10 years, then would reduce it significantly after that. Much of that savings, though, will be because the poor and elderly will paying more for medical costs because of sharp reductions to Medicare and Medicaid benefits.

In addition, the CBO, which in an analysis released Tuesday, found that reduced payments to states for Medicaid would result in higher costs and less coverage for those dependent on the program.

While the analysis does not consider legislative language, which could affect the final results, the CBO did "conduct a long-term analysis" of the plan, which substantially changes both Medicare and Medicaid, essentially ending them as primary payers for care. The analysis also includes an "extended baseline scenario" that is based on current law for comparison.

When AdvisorOne contacted the CBO on Thursday about the analysis, a spokesman said that they wouldn't comment beyond the study itself. While Ryan's plan would realize spending cuts in its first 10 years, some of those cuts would be outpaced by tax cuts that are also part of the plan. So, in 2022, projections based on the current law show that public debt would reach 67% of GDP; under the proposed budget, debt would instead reach 70%. After that, debt projections do improve each decade, relative to current law, as more people age into the new system of premium support payments rather than coverage and the burden of cost for medical care is transferred to them.

Under existing legislation, the extended baseline scenario shows that, for the average 65-year-old beneficiary, costs would be approximately 25% of what they would be in the private insurance market. Under the proposed budget, however, that individual would instead bear 68% of the costs for medical care.

Medicaid beneficiaries would suffer as well. "Federal payments for Medicaid under the proposal would be substantially smaller than currently projected amounts," according to the analysis. "States would have additional flexibility to design and manage their Medicaid programs, and they might achieve greater efficiencies in the delivery of care than under current law. Even with additional flexibility, however, the large projected reduction in payments would probably require states to decrease payments to Medicaid providers, reduce eligibility for Medicaid, provide less extensive coverage to beneficiaries, or pay more themselves than would be the case under current law." 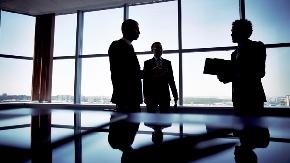